Cal Fairbanks, Chairman of the Board

Cal is President and CEO of ComplyWorks Ltd., a global leader in providing Contractor Compliance Management Solutions. An innovative and proven entrepreneur, he leads the company’s overall vision and strategic direction.

Cal brings 25-plus years of experience, creating, growing and leading successful businesses. Cal supports community involvement as the Founder and Co-Chairman of Safety in Schools Foundation of Canada.

Prior to ComplyWorks, Cal founded and led a successful e-procurement company that specialized in secure electronic financial document exchange. He has served as a Director of several private companies and other organizations including, Canadian Advanced Technology Alliance (CATA) and Petroleum Technology Association of Canada (PTAC).

Cal holds a degree in Economics from the University of Calgary, and a Masters of Business Administration (MBA) from the European University in Belgium.

Ibrahim applies his combined expertise in software development, network support, and business development toward leading the operations of ProcureDox (formerly IT Canada International) services and solutions.

Ibrahim was one of the early adopters of PIDX standard and Biztalk server since 1999, and was part of the team that launched the first full scale PIDX project in Calgary for British Petroleum in 2000.

A leader in providing networked solutions since the earliest days of commercial Internet service; Ibrahim has launched several successful Canadian technology businesses, including one of Calgary’s most successful independent Internet Service Providers. His international experience allows him to draw upon diverse technical expertise for any project or client from a global network of highly skilled technologists and engineers.

Ibrahim has been a Microsoft Certified Professional since 1998, and is also a leading edge developer of Linux-based enterprise software. He has engineered complete Linux systems for office, distribution and VOIP telephone services. He has experience working with numerous mini and mainframe operating systems as well as developing custom code for groupware applications such as Lotus Notes and ACT.

Craig Spurn, Director, Secretary of the Board

Craig serves as Corporate Secretary to the Company and is a partner at McCarthy Tetrault LLP practicing corporate and commercial law.

Mr. Spurn is recognized by Chambers Global: The World’s Leading Lawyers (2007-2013) as one of Canada’s leading lawyers in Energy: Oil & Gas, by The International Who’s Who of Business Lawyers (2009-2013) as one of the world’s foremost legal practitioners in the Oil & Gas practice area, and by The Best Lawyers in Canada (2011-2013) in the practice area of Natural Resources Law.

Beginning his career, Jonathan graduated in 1993 from the University of Waterloo in Mechanical Engineering. Since then he enjoyed positions at companies such as Bell Northern Research, Pratt and Whitney Canada, the Carleton University Centre for Particle Research and Standard Aero where he was involved in projects ranging from design and research on aircraft gas turbine engines to prototyping circuit boards and hunting for neutrinos.

Diving into the Oilfield world Jonathan joined Schlumberger and subsequently progressed through various operations, technical, training, management and personnel roles in locations including Canada, United States, Nigeria, Norway and France. During 1997, Jonathan was responsible for the restructuring of the Schlumberger Canada/Alaska IT network, and from 1998 to 1999 was in charge of the Western Africa/Norway SAP system implementation, impacting all financial, sales, local management and maintenance activities. In 2000 Jonathan moved to the Smart Card IT & Networks group of SchlumbergerSema, where he was manager of the Schlumberger/Microsoft Smart Cards group in charge of all products, marketing and initiatives, as well as press relations, frequent speeches around the world, and discussions with Microsoft’s Seattle staff.

Jonathan brings with him over three decades of project management and consulting experience with highly confidential information and in-depth experience in the IT world.

Paul is a specialist in sales, marketing, management and governance beginning as a design engineer the mid 70’s applying some of earliest computer applications to electrical engineering. In 1979 he pursued an offer in Calgary to sell and implement some of the first computer aided design and drafting systems.

Over the next 15 years he saw a rapid evolution of hardware and software applications plus an opportunity to extend and develop an even stronger national sales team using influential, consultative, agile and customer oriented strategies. Together the teams won some of the largest orders and implementation contracts awarded between 1981 and 1994. The clients ranged from utilities, resource companies, engineers, manufactures, and architects. The solutions included; CAD-CAM, document management and GIS mapping systems.

Mr. Davis gained experience in investor relations, M&A, business process re-engineering, GIS based mobile worker and vehicle systems plus hardware program management. Recent projects have created a passion for healthcare systems reforms beginning in 2011. He has been the CEO of a public company and director of AARC the Alberta Adolescent Recovery Centre in Calgary.

Your first 10 invoices are FREE

Register TODAY or contact ProcureDox to LEARN MORE about our complete eProcurement solutions. 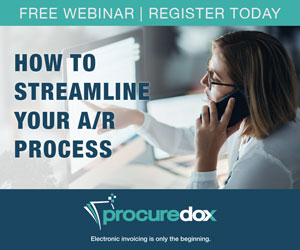 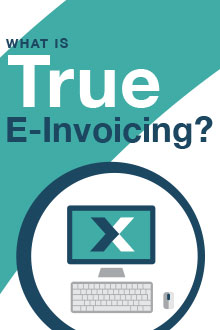